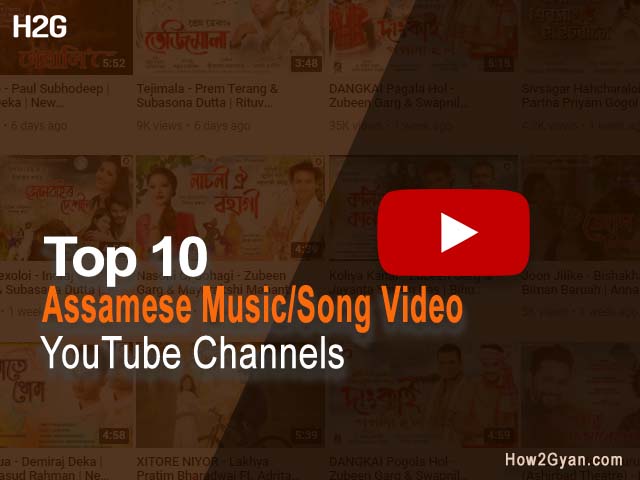 Today in this post we have listed down top 10 Assamese language music/song video creator YouTube channel which includes individuals as well as music productions.
Read more about the Assamese music, culture, indigenous traditional flok, musical instruments, contributions to Assamese music, and more related to the Assamese music industry on this Wikipedia article. Link

Nk Production has a golden collection of the ’90s and early 20’s all top hit Assamese Bihu VCD album songs. They joined  YouTube on Joined Jan 10, 2015, and now has a subscriber base of more than 524K.